“The SBSC and Kickers partnership is incredibly important to us,” said SBSC President Tim Vom Steeg. “There is considerable talent on the Central Coast but until now there hasn’t been an opportunity like what CCA offers for girls in our region.”

“We are excited to be working together with SBSC to align our common goal of elevating player development and providing better opportunities for girls on the Central Coast”, said Kickers Director Chris Chirgwin.

Central Coast Academy will have multiple teams in each of the 2009 through 2003 age groups.  There will be upcoming tryouts for the elite DPL teams.  The non-DPL teams in each age group will continue to compete in Coast Soccer League.

“CCA will be the largest program for girls on the Central Coast with access to multiple training locations, high quality coaching across all teams and the opportunity to play in an elite regional and national level league”, said Greg Wilson, Director of Coaching.  “We are really excited to see the partnership evolve and for players and their families to experience the next level of soccer.” 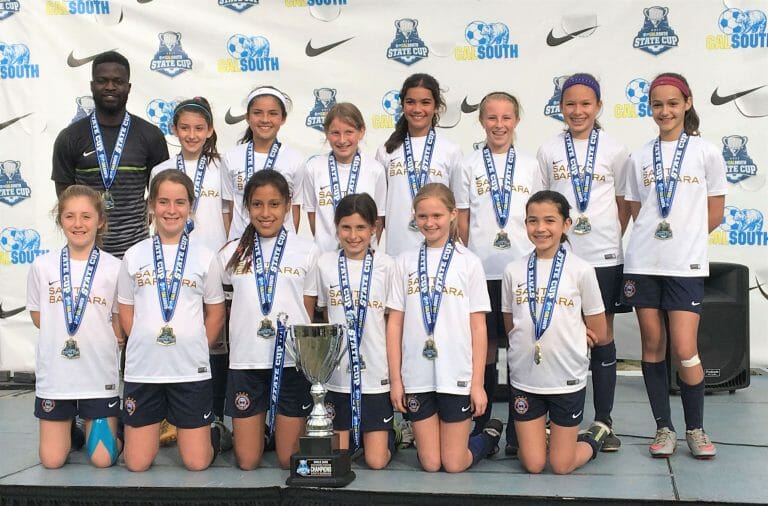 Our Story: The 2005 girls went 8-0-1 in the tournament defeating the AV SC Storm from Apple Valley (CA) in the championship game in a penalty-kick shootout, 5-4, after playing to a draw through regulation and overtime. The team scored 15 goals and allowed 1 against throughout the entire tournament games.

Our Story: After crowning themselves Cal South State Cup Champions this past March 2019 in Norco, CA the U13 team traveled back to Norco to compete and represent Cal South in the Far West Regional Championships June 11-16, 2019. The team played in a total of 5 games in 6 days. They played 5 close games, outscoring their opponents (4-1) but were defeated by the So Cal Blues in the Semifinals, 0-1. 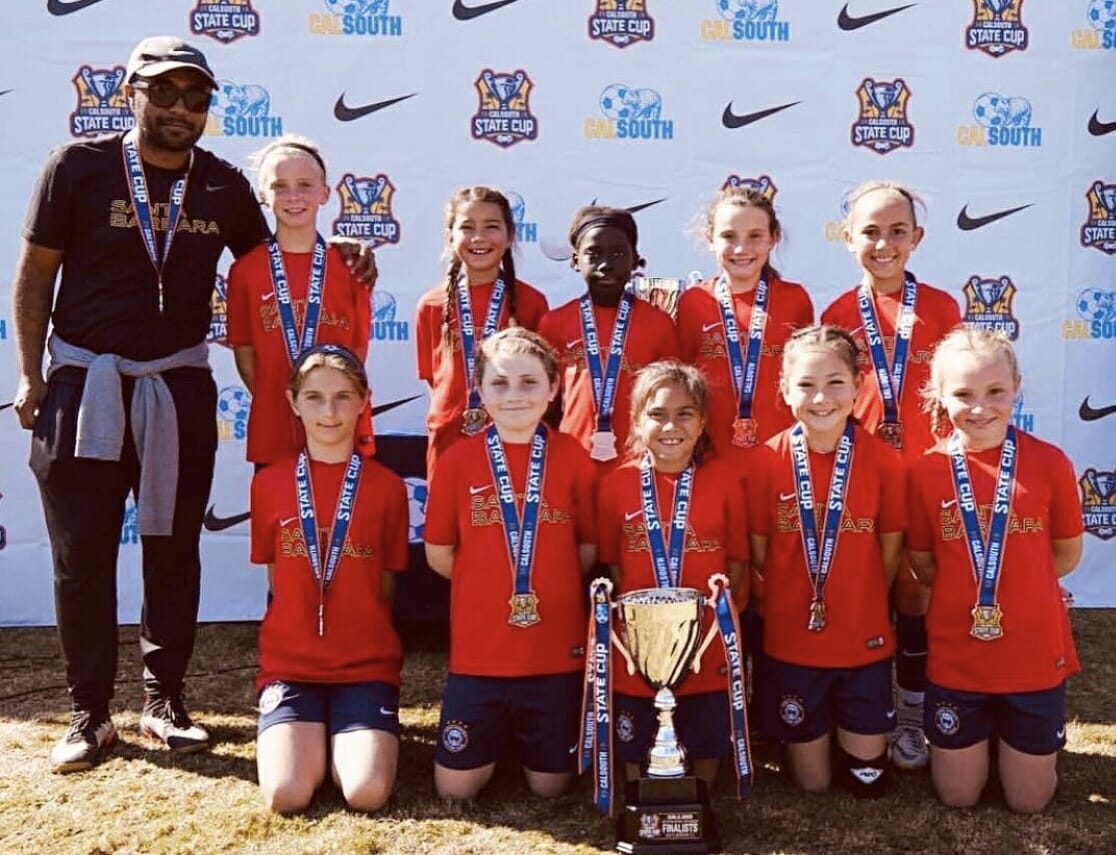 Our Story: This team had a great run through 2019 Governors State Cup finishing runners up out of an original pool of 48 teams. The final game was 3-2, where they fell short to Legends FC. SBSC played great - winning every game until the finals, outscoring their opponents 30 goals to 11 goals against. 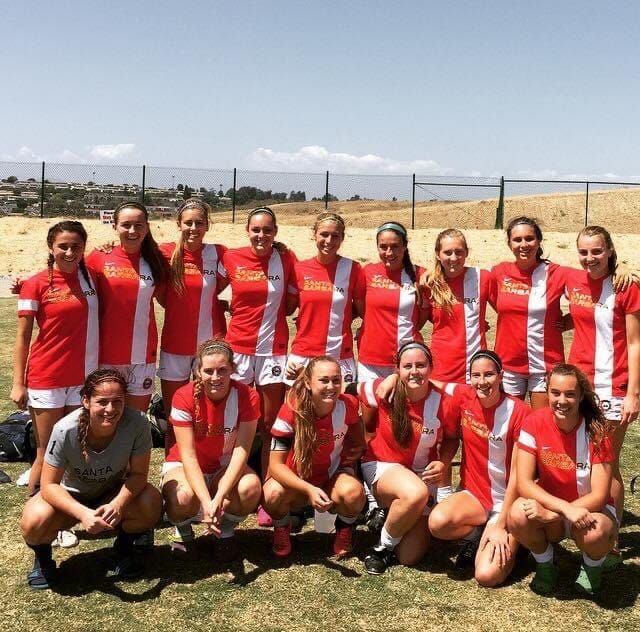 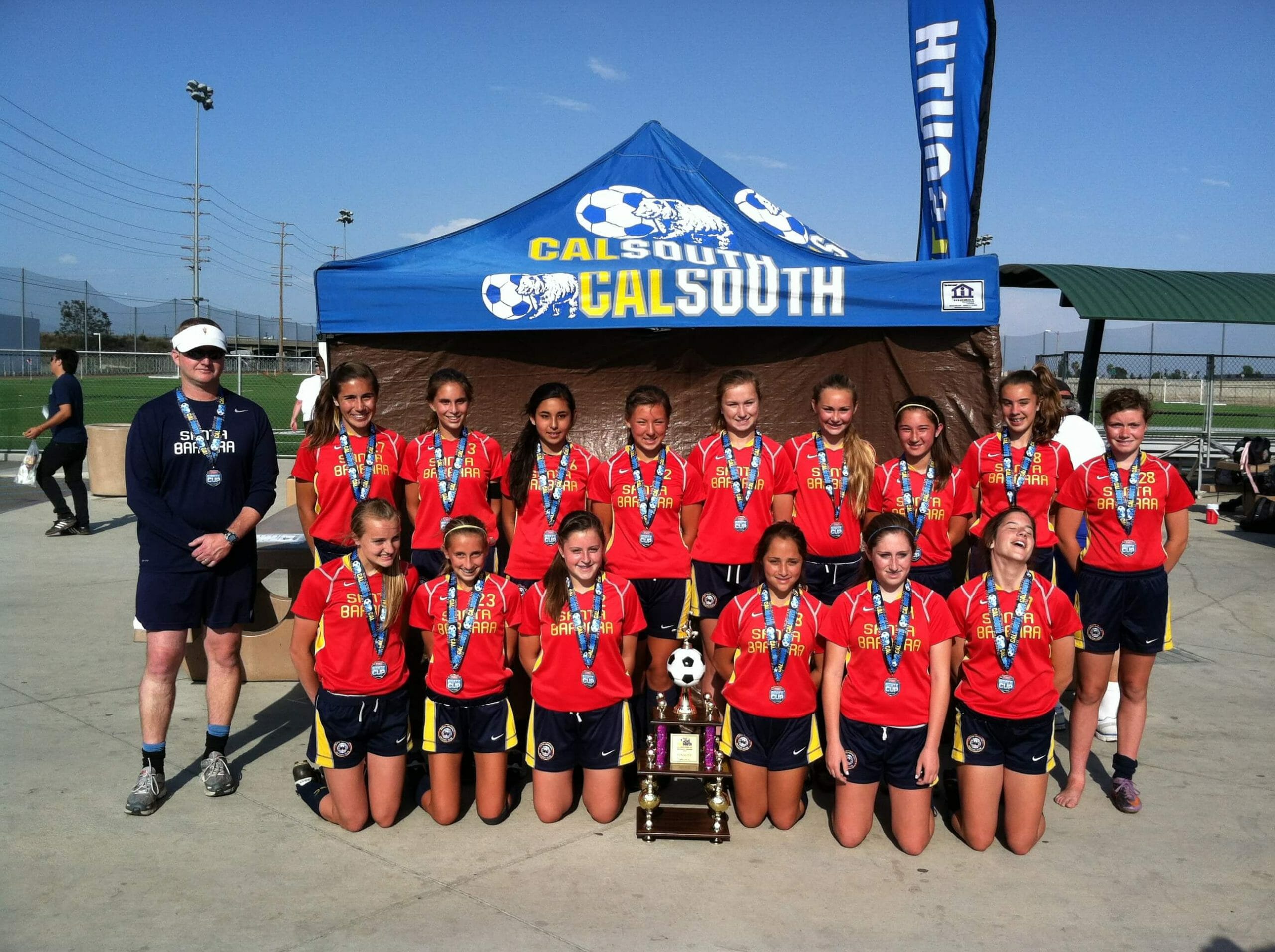 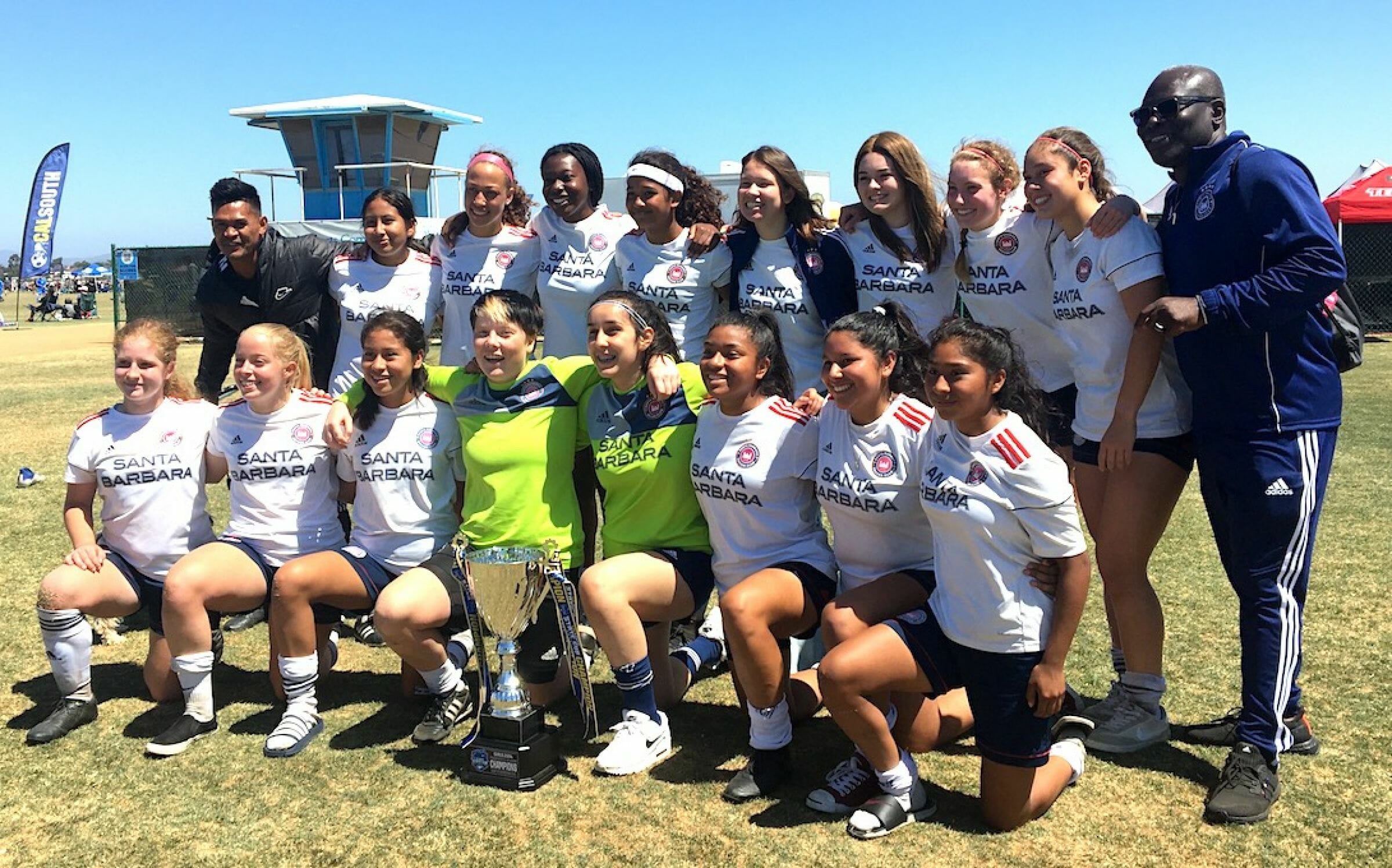